A new flying car prototype with autonomous capabilities has been unveiled by XPeng Huitian, a division of XPeng Motors in China. The X2, as its being called, is the fifth-generation flying car from XPeng, and according to the company's Chairman and CEO, "marks another step closer to a more widely available and safe flying car.

XPeng Motors ($XPEV) is a Chinese EV manufacturer founded in 2014 and headquartered in Guangzhou. The company went public last summer on the New York Stock Exchange (NYSE), raising $1.5 billion. Since 2018, the company has launched two EVs — the G3 SUV, followed by the P7 sedan in 2019.

In addition to the P5 announcement at the Shanghai Auto Show this year, XPeng unveiled a fourth-generation flying car called the Voyager X1. This electric manned vehicle is about the same size as an EV, but has the ability to take off and land vertically in a parking space.

Since then, Voyager X1 has undergone more than 10,000 test flights and is scheduled to begin test drives in China by the end of year.

While the X1 remains in development, XPeng has now shared footage of its newest flying car, the fifth-generation X2. 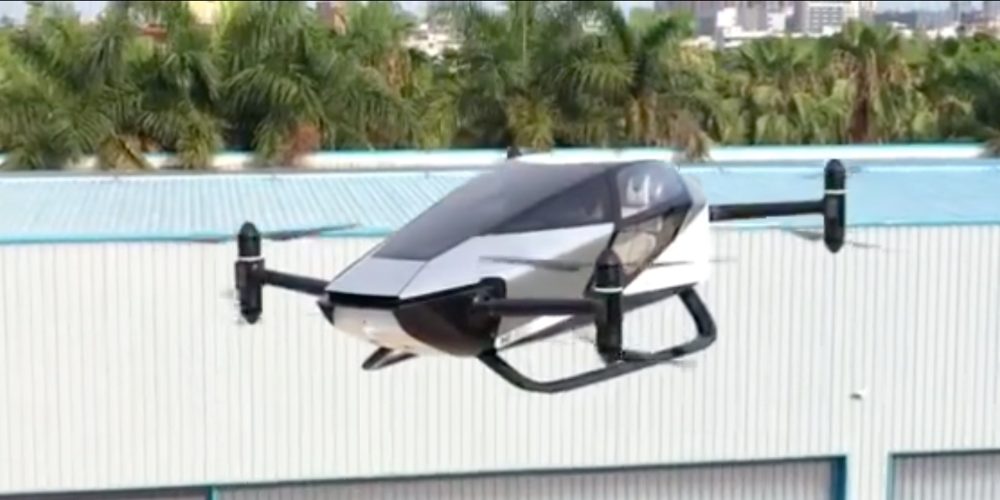 In a recent post on Weibo, XPeng Chairman and CEO He Xiaopeng announced the X2 flying car along with a 1.5-minute video showing the vehicle in action. By reporting this news from China, CnEVPost has shared additional specs on the X2 flying vehicle.

The X2 has also been designed with capabilities to perform autonomous flight path planning. This technology is supported by multiple sensors, allowing the fifth-generation vessel to monitor the ground, assist in returning to land, and communicate in real time over a distance of 100 km (62 miles).

It also comes equipped with a 24-hour monitoring system to spot any potential issues before they escalate.

It appears XPeng was very mindful of safety in its latest design as well. This is a flying car after all. The X2 has eight independent battery groups, offering a redundant power supply, should any cells malfunction.

If you’re still saying, “No way in hell I’m getting in that thing,” don’t worry. Xpeng’s new X2 flying car comes complete with an ejection parachute.

XPeng itself appears to be remaining cautious as well, as all the footage appears to show the X2 operated remotely without any brave human passengers.