One of the consequences of rising CO2 levels in our atmosphere is that levels also rise proportionately in the ocean, harming wildlife and changing ecosystems.

Heimdal is a startup working to pull that CO2 back out at scale using renewable energy and producing carbon-negative industrial materials, including limestone for making concrete, in the process, and it has attracted significant funding even at its very early stage.

If the concrete aspect seems like a bit of a non sequitur, consider two facts: concrete manufacturing is estimated to produce as much as 8% OF all greenhouse gas emissions, and seawater is full of minerals used to make it.

You probably wouldn’t make this connection unless you were in some related industry or discipline, but Heimdal founders Erik Millar and Marcus Lima did while they were working in their respective masters programs at Oxford. “We came out and did this straight away,” he said.

They both firmly believe that climate change is an existential threat to humanity, but were disappointed at the lack of permanent solutions to its many and various consequences across the globe.

Carbon capture, Millar noted, is frequently a circular process, meaning it is captured only to be used and emitted again. Better than producing new carbons, sure, but why aren’t there more ways to permanently take them out of the ecosystem?

The two founders envisioned a new linear process that takes nothing but electricity and CO2-heavy seawater and produces useful materials that permanently sequester the gas. Of course, if it was as easy that, everyone would already be doing it. 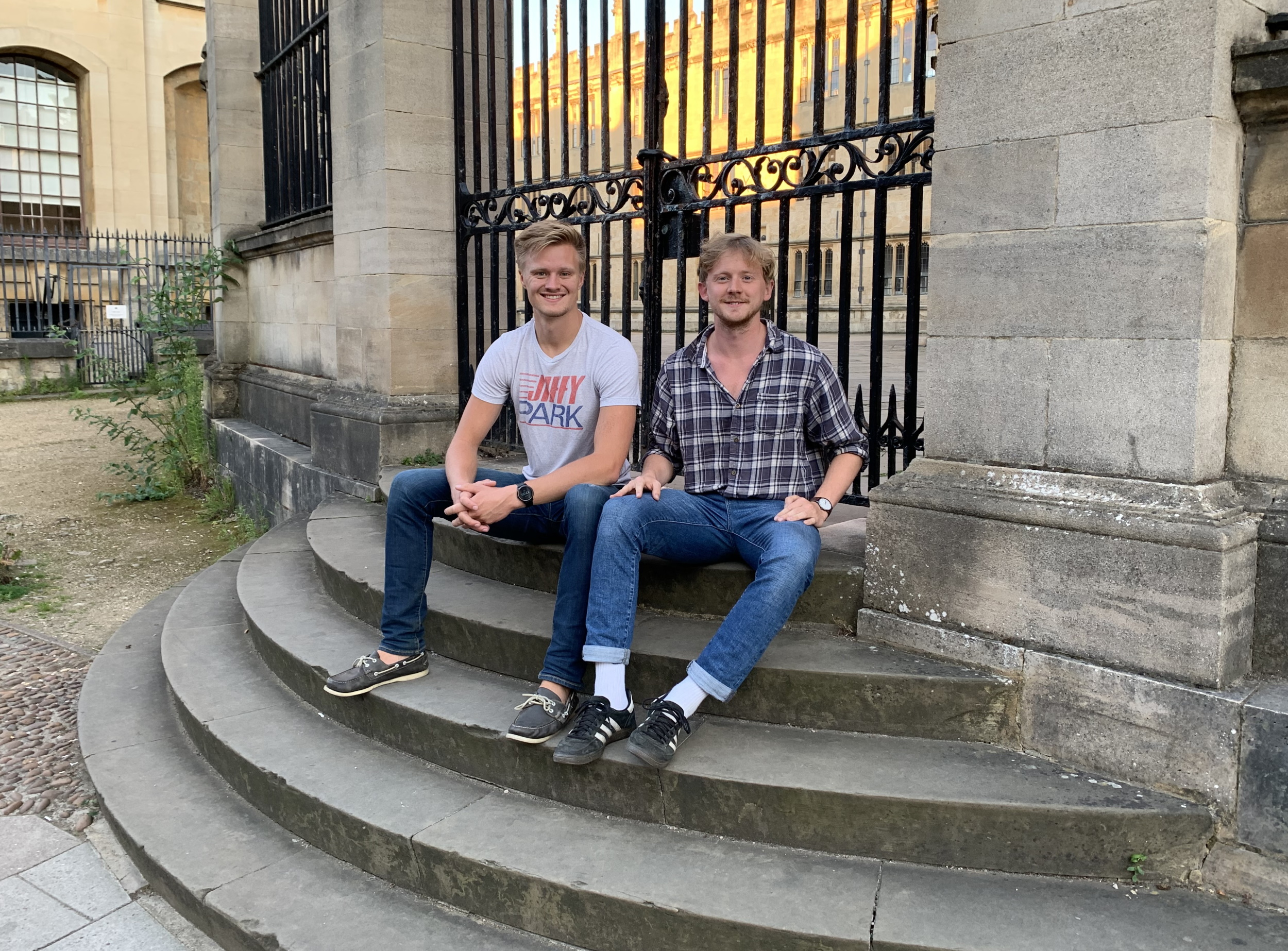 “The carbon markets to make this economically viable have only just been formed,” said Millar. And the cost of energy has dropped through the floor as huge solar and wind installations have overturned decades-old power economies.

With carbon credits (the market for which I will not be exploring, but suffice it to say it is an enabler) and cheap power come new business models, and Heimdal’s is one of them.

The Heimdal process, which has been demonstrated at lab scale (think terrariums instead of thousand-gallon tanks), is roughly as follows.

First the seawater is alkalinized, shifting its pH up and allowing the isolation of some gaseous hydrogen, chlorine and a hydroxide sorbent.

This is mixed with a separate stream of seawater, causing the precipitation of calcium, magnesium and sodium minerals and reducing the saturation of CO2 in the water — allowing it to absorb more from the atmosphere when it is returned to the sea.

So from seawater and electricity, they produce hydrogen and chlorine gas, calcium carbonate, sodium carbonate and magnesium carbonate, and in the process sequester a great deal of dissolved CO2.

For every kiloton of seawater, one ton of CO2 is isolated, and two tons of the carbonates, each of which has an industrial use. MgCO3 and Na2CO3 are used in, among other things, glass manufacturing, but it’s CaCO3, or limestone, that has the biggest potential impact.

As a major component of the cement-making process, limestone is always in great demand. But current methods for supplying it are huge sources of atmospheric carbon. All over the world industries are investing in carbon reduction strategies, and while purely financial offsets are common, moving forward the preferred alternative will likely be actually carbon-negative processes.

To further stack the deck in its favor, Heimdal is looking to work with desalination plants, which are common around the world where fresh water is scarce but seawater and energy are abundant, for example the coasts of California and Texas in the U.S., and many other areas globally, but especially where deserts meet the sea, like in the MENA region.

Desalination produces fresh water and proportionately saltier brine, which generally has to be treated, as to simply pour it back into the ocean can throw the local ecosystem out of balance. But what if there were, say, a mineral-collecting process between the plant and the sea? Heimdal gets the benefit of more minerals per ton of water, and the desalination plant has an effective way of handling its salty byproduct.

“It creates a scalable source of carbon-neutral cement, and converts the brine effluent of desalination into a useful economic product.

Being able to scale this together is game-changing on multiple levels.”

Terraformation is a big proponent of solar desalination, and Heimdal fits right into that equation; the two are working on an official partnership that should be announced shortly. Meanwhile a carbon-negative source for limestone is something cement makers will buy every gram of in their efforts to decarbonize.

Wong points out that the primary cost of Heimdal’s business, beyond the initial ones of buying tanks, pumps and so on, is that of solar energy. That’s been trending downwards for years and with huge sums being invested regularly there’s no reason to think that the cost won’t continue to drop.

Millar said that the price of their limestone is, when government incentives and subsidies are included, already at price parity with industry norms. But as energy costs drop and scales rise, the ratio will grow more attractive. It’s also nice that their product is indistinguishable from “natural” limestone.

“We don’t require any retrofitting for the concrete providers — they just buy our synthetic calcium carbonate rather than buy it from mining companies,” he explained.

All in all it seems to make for a promising investment, and though Heimdal has not yet made its public debut (that would be forthcoming at Y Combinator’s Summer 2021 Demo Day) it has attracted a $6.4 million seed round.

After providing test products to its partners on the scale of tens of tons, they plan to enter commercial production in 2023.